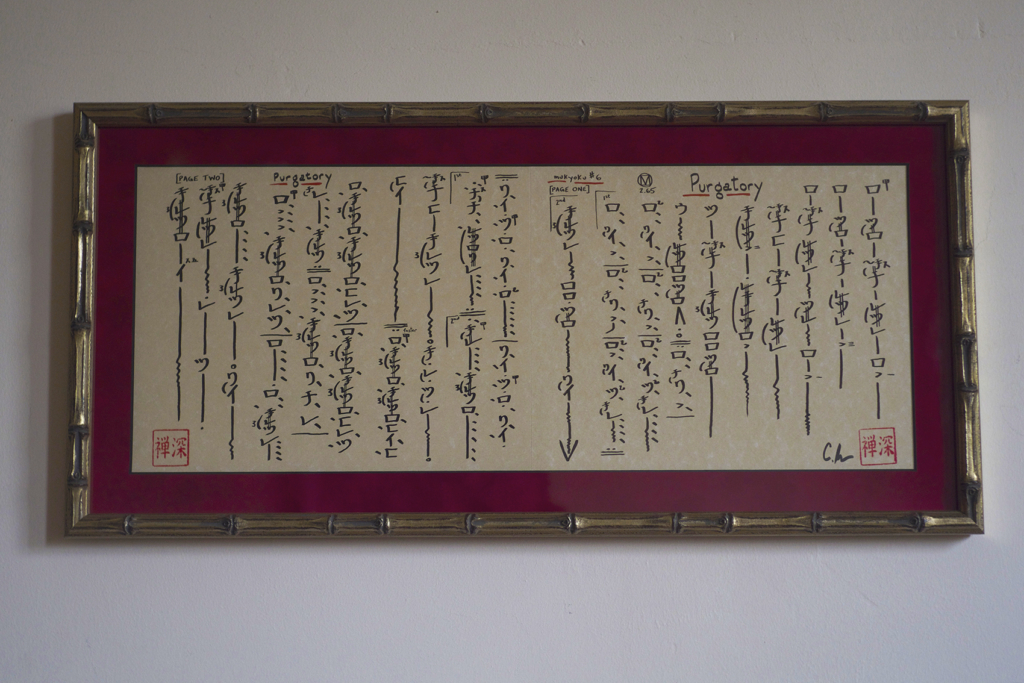 At this time (Oct. 2017) the only one of the 12 pieces on Holy Flute to have a score is “Purgatory,” which was offered in an autographed parchment edition as a perk on the crowdfunding campaign for the album.  As you can see above, some enthusiastic supporters (at least one, Dan Spriggs, Australian artist and amicable cultural subvert–arigato!) even framed their scores in bamboo!  Now that’s resonance of the mind. 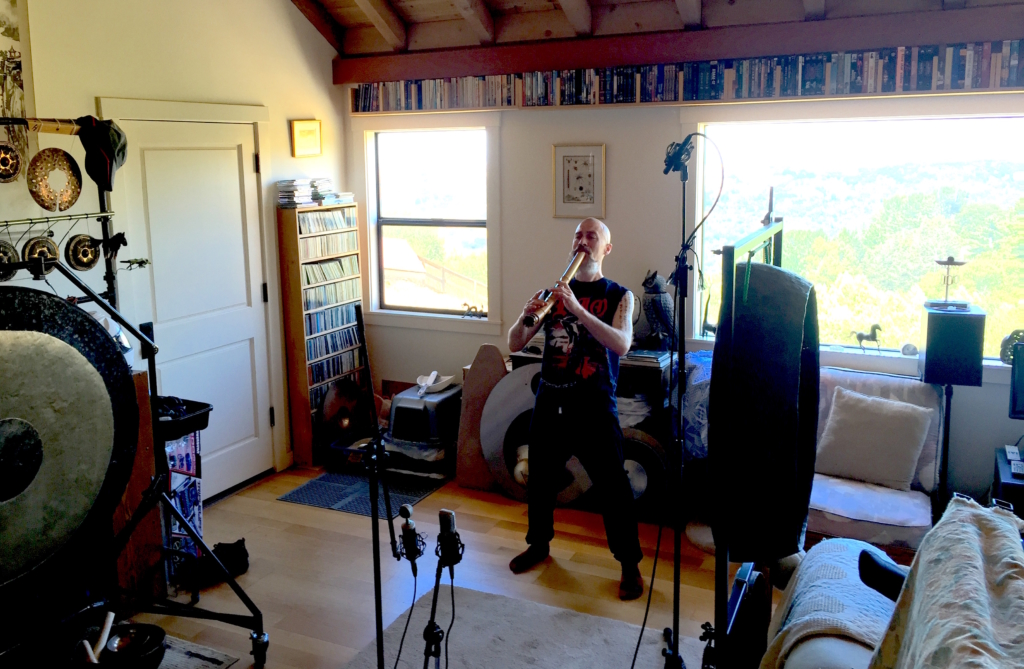 Hard rock and sacred nature music are brought together in the voice of the solo flute: the Japanese Zen shakuhachi. This bamboo flute is known for being evocative and provocative, ethereal, and very difficult to play. The breadth of its breath-powered musicality is brought to you in Holy Flute. This album combines the energy and structure of carefully chosen rock songs–originals and covers–with the inspiring, one-of-a-kind sounds of the shakuhachi.

This album is dedicated to Chuck Berry.

This album was funded by 108 very important supporters! Visit the crowdfunding page here.

Some details about the musical challenges of Holy Flute.

“Hymn to the She-Dragon of the Deep”, live at the Holy Flute Album Release Concert, May 2017

“…an unusual beast – a kind of musical chimera, hard to classify yet fascinating as a result…..One of the most striking features of the album is its virtuosity…anything but a typical album – it is a window onto a personal philosophy, a musical and pictorial game, a strange beast from a planet at the edge of the shakuhachi’s expanding sonic and cultural universe.”
–Joe Browning, European Shakuhachi Society Journal

“This all comes together and is strong enough in inner spirit to blow by any label of novelty record and stand out as a sparse and intriguing work.”
–David Hintz, FolkWorld

“The momentum and sound textures on this album are amazing and inspiring….I felt very engaged with these songs; it’s a great listening experience. Their compelling melodies, expressiveness, and force are all accentuated by stunning playing, which embraces a wide range of dynamics and texture and powerful rhythms. What comes through to me is a reverence for all of life, and the potent sounds of breath meeting bamboo.”
–Sue Shockey, Overtones: The World Flute Society Journal

“Holy Flute is about the strangest thing I have ever heard in my life.  For the nexus fans of Bill’s flute (The eponymous anti-hero of Kill Bill as portrayed by David Carradine), Symphonic anything, and classic metal…This album is for all 17 of you!  But hear it and discover its secrets. It’s a big job, but hard things are the only ones worth doing.”
–Nik Cameron, Glacially Musical